skip to main | skip to sidebar

The Culture Of Fat Strikes Again

I have spent considerable time lamenting (read: complaining) about the perception of fat people in today's society. I have posted several times about the way the overweight are treated, and my reaction to the treatment that I receive at the hands of people who should most assuredly know better.

A lot of people feel that I have no right to complain because I was the one who ate myself into this situation in the first place. Well, technically they're correct, but they don't need to be jerks about it. They were technically correct when they scoffed at all those people who threw "new millennium" parties on New Year's Eve 1999, saying that the new millennium didn't start until January 1st, 2001. *Technically* correct, but totally missing the whole point. And all the fun.

Some of the things that have really bothered me lately are things that most of you wouldn't think twice about. Like being comfortable in a movie theater seat -- you just sit down and enjoy the show, right? Depending on which theater I go to, I have to wedge myself into the seat, and sit in an uncomfortable position. I can never really give my undivided attention to the movie, because I'm always conscious of how uncomfortable I am.

Or, needing a wheelchair at the urgent care clinic. Most of you would just use the wheelchair, and not think further about it. I got a wheelchair into which I didn't fit. Not comfortably anyway. I didn't complain at the time because the discomfort of the chair was superseded by the pain in the foot, and because I was just plain grateful to be off the foot. It's hard enough to be out of commission as far as your own locomotion is concerned, but to be aware that you are going to have to struggle to release yourself from the confines of the wheelchair you're in? A particular sort of hell. Or to have to direct your spouse or child to ask at the desk whether or not they have a "larger size" chair that can accommodate you. Or needing a cast two sizes larger than what you should use because it won't fit around your large leg.

I won't even go into the black hole of depression that is trying on clothes.

But the thing that is bothering me the most is still the attitude of people. "Fat" is the last accepted prejudice. It's still okay to make fun of the fat, even within their hearing. In the past three weeks, I've had: people point and snicker at me while in the wheelchair because I was too heavy for my daughter to push over the threshold of the clinic; a movie theater attendant who "mooed" at me after he thought I was out of earshot; and my own father 'lovingly' ridicule me when I told him about my ankle incident -- I was telling him about how it all went down, and said I turned my ankle, and brought all my weight down on the twisted ankle. His reply was, "And you got a lot of weight to be putting on that ankle!"

I would go on and on about how it's not acceptable to make fun of minorities or the like, but it won't do any good. Most people don't care about offending the fat. They don't care if we are hurt or even if we have feelings TO hurt. They see it as their right -- as a fitting punishment for the weak and for those with no willpower. And I'm getting so tired of fighting the battle.
Posted by KLee at 5:42 PM

Labels: All About Me, Fat Rants, The Big Stuff

I love you! I wish this wasn't so.

CCW beat me to it and said exactly what I was going to.

Don't let the bastards get you down. You are a glorious person, beautiful, strong, and courageous. Also, loving.

It is something that I have been thinking about lately too.

I am a runner but I am a big runner.
Broad shoulders, tall and stocky and I carry around quite "the rack" we are talking "D" here.

Not only do the stores that sell the technical clothing and other gear for runners almost never have sizes in the women's gear that I come close to fitting into but I often get treated by store staff and other runners I bump into on the trails like I shouldn't be out there or that I don't know what I am doing.

It is wrong and unfair and you are right that it is a prejudice.

I quite liked it.

I understand 150%. Don't let it get you down. You are a better person than "they" are... they are just stupid, narrow-minded idiots that don't understand.

Interesting post, KLee. I've been thinking about this a lot since I've gotten pregnant. The midwives chastise me about not gaining weight, while my family caution me about how being "as averweight as you are, there are so many things that can go wrong..." blah blah.

I don't actually have a point, just wanted to say I've been even more aware of this than usual. As someone who has always struggled with her weight, being pregnant has played interesting games with my mind.

I like you, and I wish people weren't jerks. If you come to Scotland, we can glare at dumb people together!

You're right. This is completely wrong.

Did you know that overweight people consume fewer calories on average than people who are within the ideal BMI range? The whole assumption that because someone is fat they must eat a lot is just so not true--the doctors keep telling me my weight is right where it should be, but you know what? I eat crap, and until recently, I never exercised at all. People just come in different sizes.

It just goes to show you how deep our societal commitment to diversity and tolerance really is. You are a beautiful person, KLee, worth dozens of the ones who torment you.

I want to applaud you for continuing to write about this and help change people's attitudes. I think your blog has helped me be more aware of this issue. It's something I just hadn't thought about before.

I live in the suburbs of one of America's fattest cities (and my weight/BMI is decidedly not helping), and I continue to be amazed at how venomous people's behavior can be.

I cried my eyes out a couple of weeks ago while watching a special on Discovery Health channel about a group of super obese people. One woman the show was highlighting said something to the effect of "I want people to know that I'm a person worth getting to know."

When she said that, my heart broke a little because I routinely feel that the person I am on the inside is not at all reflected on the outside, yet it is the outside version people believe is me. I mean, there might be a lot to me, but there's even more under the surface.

Bah. Here I am, hijacking the comments. I keep writing more and deleting, so I should just write my own post and link back here.

I'm sorry, KLee. Thank you for writing about this.

Okay, I've begun my gigundo post on the topic. Not sure if Blooooger will let me put a URL in the comments here, but I'll try.

Thanks, KLee, for writing about this. 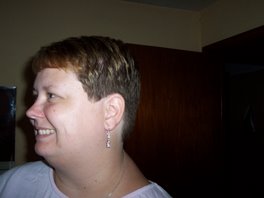 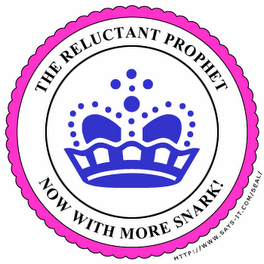